In the heart of Lion's Head

The Story of The R.N. Greig House begins in the year 1894.  In May of that year a young doctor by the name of Llewellyn Brock moved to the Lion’s Head area.. Dr. Brock took a wife Jean Scott from Swan Lake, the daughter of P.A. Scott.  Lion’s Head would not be incorporated for another 23 years, therefore all legal documents for the property are registered in Eastnor Township.

Construction of the House likely began in 1897 or earlier and was completed in the summer of 1898.  There are two pieces of information that occurred during the construction phase of which we are absolutely certain.  First, Llewellyn 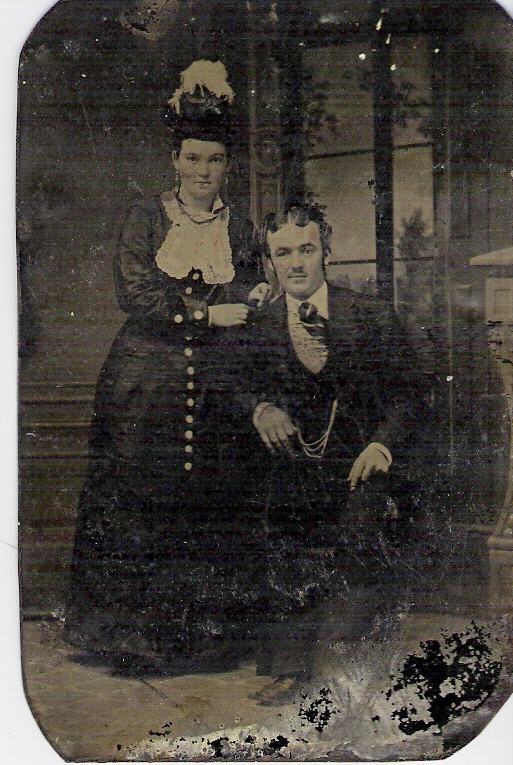 Brock never moved into the house, he died in April of 1898. Second, the staircase leading to the upstairs was completed July 17 ‘98.  This second piece of information was uncovered during the removal of the faux finish on the pine stringer during renovations in the Spring of 2008.  For years this section of the stairway was not visible due to an add-on front hall closet.

The house that Llewellyn Brock had built for himself and his new bride was a 30'x40' wood frame house with wood siding painted red.  The house had a centre staircase.  The original house did not have a basement, insulation, central heating, plumbing or electricity.  The walls on the gable ends are balloon framed. The side walls are “western” framed, the studs have a top plate on which the second floor joists sit.  All exterior walls had 1" lumber nailed on each side of the stud. The ceiling height on the first floor is 9 feet high.  Most partition studs (rough sawn 2x4's) on the upper level were built on their flat, they were nailed on the side of the floor joists indicating that the flooring (1" maple) was installed after the framing was complete. The floor joists at the rear of the house are full length, 25 feet.

The roof is a basic A frame that rests on plates nailed to the top of the 2nd story floor joists.  The pitch is 10 foot rise on 12 foot run. The rafters are generally rough cut 2x5's at generally 16" on centre with 2x4 collar ties (ceiling joists) 8' above the upper floor. Early pictures show a dormer on the south side.  The framing of the 2 small dormers on the south side of

the house were consistent with the framing on the rest of the house. The rear dormer on the south side had been altered over the year.  There may have been a window in this area when the house was built but the one removed during the 2008 renovations was not an original, and the shed dormer above was an obvious “add-on”.

Three chimneys were removed during the 2008 renovations. The kitchen chimney likely built in the last 45 years sat on a concrete footing in the basement.  The other two chimneys removed were likely built by Dr. Brocks masons. These two chimneys did not have their origins on a concrete footing but rested on shelving and framing on the second floor at the centre of each gable end. A picture of the west side of the house taken after the “quick brick” was installed and before the steel roof, shows the three brick chimneys exiting the roof, the two originals on the gable ends and the kitchen chimney built in the 1960's . The only chimney still standing is a masonry chimney on the rear of the house that services the oil furnace.

The history of Lion’s Head captured in Maitland Warders book “Benchmarks”claims that Jean Scott Brock moved to Toronto. She may have.  But it is interesting to note that a year later December 27, 1899 she executed another “Deed of Land” for the same property Part Lot 28 C 6 E.B.R. Eastnor, to the same party R.E. Moore, in Windsor, Essex County.

At this time not a great deal is known of the early inhabitants of this house.  We know that R.E. Moore bought the house.  Did he live in it? He may have lived there until he built the large brick home on Moore street known today as the Moore 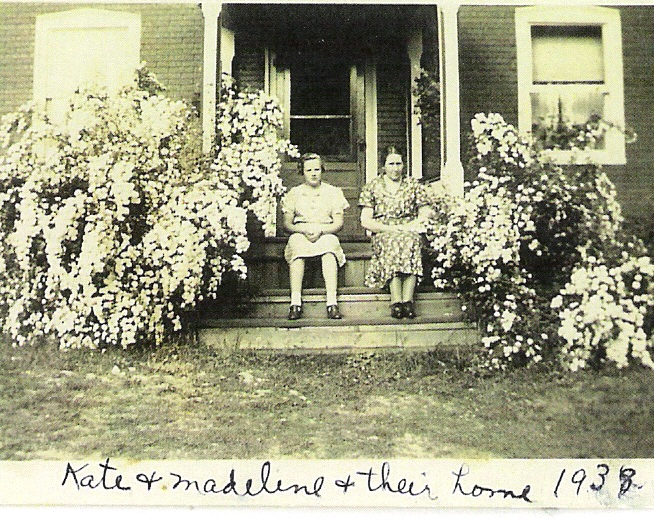 house. R.E. Moore had a son W.B. Moore.  W.B. Moore’s daughter reported that they lived in the R.N. Greig house for a period of time.  The Moore’s were store keepers.  R.E. owned the large store on Webster street located where “Hellyers” store is today, and W.B. owned the store where “Marydales” restaurant is today.  When the writer of this history moved to Lion’s Head in 1958 the W.B. Moore store was still in operation and Minnie Sensabaugh the local Justice of the Peace was the clerk. More than one “allowance” was spent buying candy out of the glass display case.

Thirty years after construction of the house began it was purchased by R.N. (Roy) Greig.   Roy moved from Barrow Bay a few years earlier (he had the general store there) when he purchased the General Store on Webster street from R.E. Moore.

I refer to this house as the “R.N. Greig house” because for the next eighty years it would be inhabited by a member of his family.  The last several years their youngest daughter Madeline has lived in and operated an Antique store from the house.

Roy and Kate had 6 children: Morgan, Thelma, Allan, Norma, Madaline and Keith.  Morgan who served in the Pacific Theatre during the II WW returned home and helped his father in the store. Morgans daughter Jeanette and husband Bob Hellyer bought the store from Morgan in the 1970's and it is now owned by their son Steve and his wife Cathy.

The writer worked at “R.N. Greig and Sons” in 1969.  Morgan was the boss, but R.N. was a daily presence.  R.N. had a face disfigured by lip cancer (he smoked a pipe for many years) but a sharp business mind that knew the value of a nickel.

R.N. knew adversity. During the height (or depth) of the depression in the 30's the large proud store on Webster street burned to the ground. He rebuilt on the same site.  The store remained virtually the same for fifty years.  In about 1985 Bob Hellyer added a large addition to the east of the store and once again the writers life became entwined with the Greigs. The writer was the Contractor for this project.

Thelma and her husband moved to the Western United States. 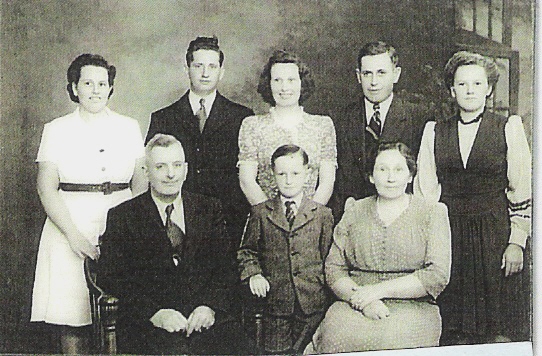 Norma married well and lived happily ever after .

Madaline married Milt Hewton, they moved to Kitamat B.C. until their retirement when they returned to Lion’s Head and eventually took up residence at 89 Main
Street.

Keith, the baby, was a big shot with Ontario Hydro and lives with his wife in Port Elgin.

The Interior of Llewellyn and Jean Scott Brocks new home would have been modern but not stunning.  Most of the materials were local. It was relatively large since he planned on practicing medicine from this location. The interior walls and ceiling were all lath and plaster.  Over the years the lath and plaster received numerous coats of paint and wall paper.  Over time the lath and plaster dried out and the ceilings were covered with strapping and 12" square tiles.

When electricity came to Lion’s Head in the 1940's the Greigs modernized their home. Up until the 2008 renovations, the original “knob and tube” wiring was still in use.  The light fixture that once hung in the Living Room now graces the front hall ceiling.

Not certain when indoor plumbing first came to the R.N. Greig house, but the first bathroom was on the main floor in Bedroom #1. This bathroom was eventually moved to a room directly to the north and now serves as an en suite. In recent years a stacking washer and dryer was in the closet of this bathroom  This bathroom is the only room in the house that was not renovated during the 2008 renovations. You can still observe the ceiling tile, the original windows and a sampling of wall paper.

A second bathroom was eventually installed upstairs during the age of cast iron drains and galvanized pressure lines.

The original water supply was a well dug through the shore stone.  The well is an amazing 33' deep and on June 8, 2009 had 15' of water. The house sits on a stone ridge that was created when the water level of Georgian Bay was higher. The well was supplemented by a cistern.  According to youngest son Keith the cistern is under the deck at the back door.  The house is now connected to the Municipal water supply which takes it's water from Georgian Bay.

The basement (under one half of the house) was added by Dan Shaw, he used the stone from the excavation.  Originally there was a crawl space under the kitchen that was used as a root cellar.  Access into the root cellar was via a trap door in the kitchen floor.  The outline of this door is still visible.

Various attempts at insulating the house were undertaken over the years. Batts were placed in any area that was accessible, and at some point holes were drilled in the plaster and cellulose fibres blown into the cavity between studs.  During the 2008 renovations all insulation was removed and polyurethane insulation sprayed between the studs on all exterior walls and between the rafters on the sloping ceilings.  R40 cellulose insulation was blown on the flat ceiling, all walls and ceilings have 6 mil poly vapour barrier.

Inspection of the wood floors in the R.N. Greig house reveals lots of patched holes. These patched holes bear testimony to the various forms of heat throughout the history of the home.  We know for sure that a wood fired kitchen stove was in the kitchen, many black c inder marks on the kitchen floor indicate that the kitchen was indeed a warm place to be.

Perhaps the most interesting feature of the home is it’s location, and the trees and gardens that surround it.  The lot on which the home is situated is 128 feet wide by 309 feet deep and the home is set nearly on the back boundary. The house is accessed by a circular drive. There are a large variety of trees including: white cedar, white pine, chestnut, cherry, maple and perhaps most amazing of all, elm.  There is always something in bloom. 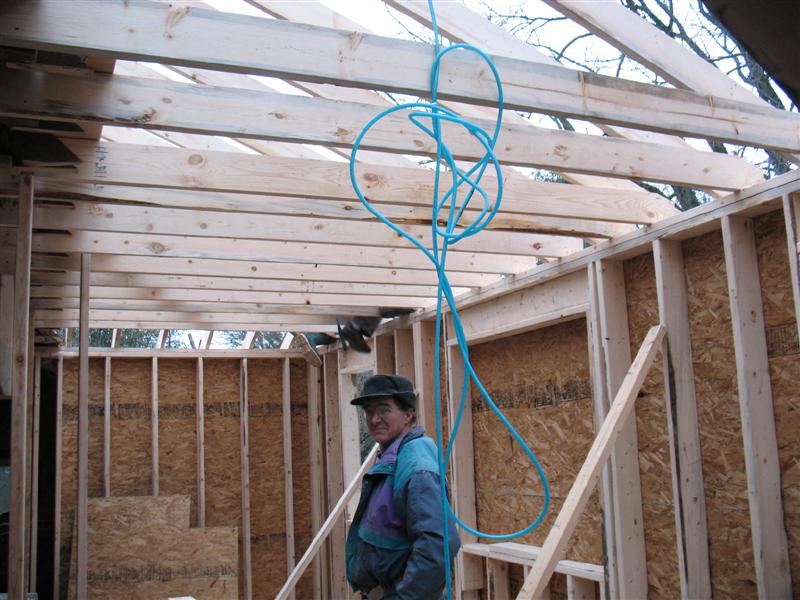 On December 15, 2007, 80 years after R.N Greig and family started calling the house home it was purchased by Douglas and Marlene Hill.  They were not long determining that the building was sound, relatively straight and possessed a charm 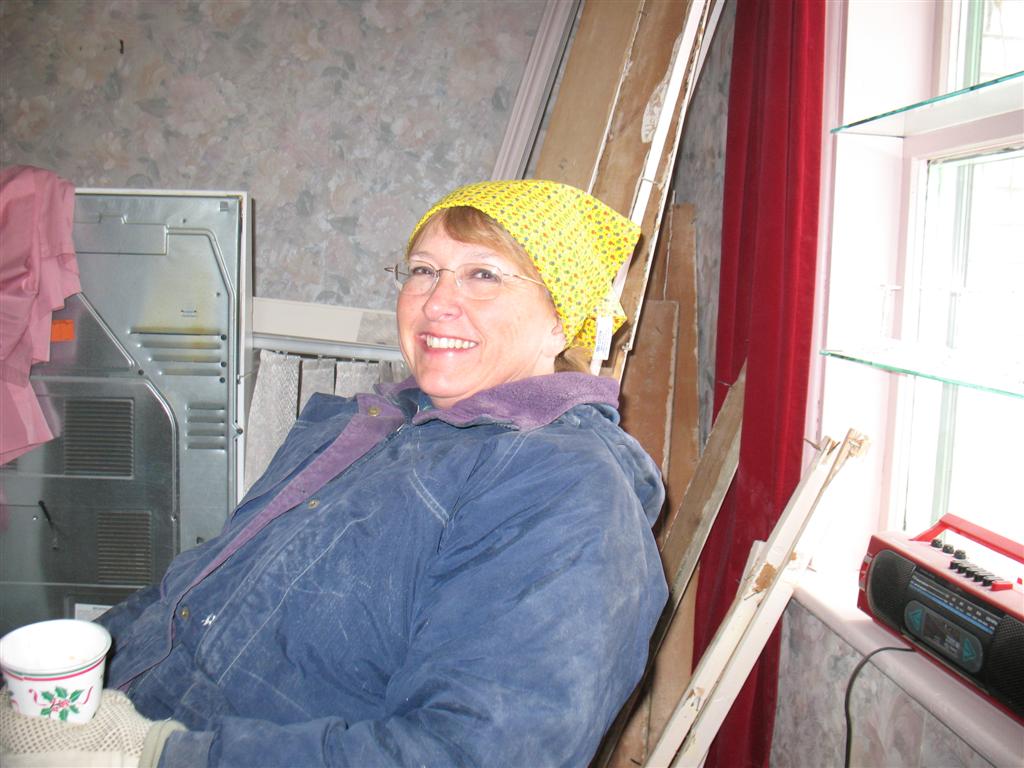 The people who have owned this home have known the heart beat of the community.  Llewellyn Brock, R.E. Moore, W.B. Moore and R.N. Greig, all notably respected citizens. They have watch the small coastal port grow into the cultural and business heart of the Bruce Peninsula.

And for those of us who have been fortunate enough to grow up in this blessed place, we will always carry a part of it in our heart.

As far as we know Dr. Brock never slept in the home he had built on the main street of Lion’s Head.  Never had a meal between it’s walls.  Never read a book curled up in a chair. Never saw the trees mature or the flowers grow. But he had dreams of a fine home on a magnificant piece of property. Come share the dream, Welcome to Lionheart!

This is an excellent place for you to add a paragraph and let your visitors know more about you and your services. Easily edit by go to tab pages and content and click edit.